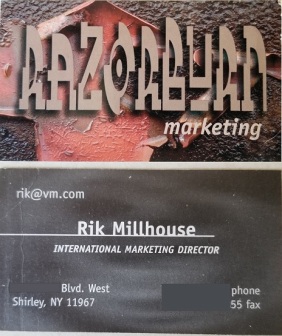 In the Fall of 1997, my newly formed college radio promotions business at RazorBurn was in full swing. I had recently left the team led by Eric Rosen at Radical Records to restart the independent promotions work I had done in the late 80s and early 90s with Club Hate Productions.  Being on my own again, I was able to focus exclusively on electronic music promotions and regularly worked records to college radio for such labels as Wax Trax/TVT, Nothing, Cleopatra, Invisible, Fifth Colvmn, Decibel, 21st Circuitry, Pendragon, COP International, Tess and many others.

College Music Journal (CMJ) is the undisputed leading trade magazine on university broadcasting, but had no genre chart specific to “Industrial” or even “experimental” music. Alternative electronic music that wasn’t popular enough to target to the Top 100 (exceptions being acts such as NIN, Gary Numan or Pigface) was targeted instead towards the specialty RPM Chart.  There were different schools of thought on this practice, but the most prominent split was between those camps who considered the RPM Chart to be designed exclusively for reporting “techno” styles of music and those who thought it represented a broader spectrum of computer/synth music that included industrial, noise and experimental. 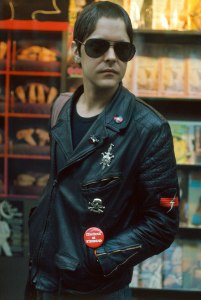 My opinions involving music during this era were no less passionate than they are today, so it might surprise few that I took a very hard stance on this issue with the magazine. In the Fall of 1997, CMJ’s Vicki A. extended the opportunity to assemble a discussion panel on the origins and ethos of Industrial music. I immediately set to work and so became the first ever Industrial Music panel at the College Music Journal Music Marathon.

On Saturday, September 6th, 1997, we took our seats on the riser: fellow NYC DJ BENT! (pre-Hellraver) to speak on industrial club life; Michelle Anderson of Anderson Publicity, to speak on rivet zines; myself, as moderator; Wolfgang Fluer (Kraftwerk) to represent computer music; and Genesis P-Orridge (Throbbing Gristle), the Godmother of Industrial. To an over-capacity audience, we testified to the music we loved. It was righteous. There have been some great moments these last thirty years, but few can match CMJ Music Marathon ’97.

Sadly, all that remains of this moment is this archival advertisement from the commercial radio bible, Gavin Magazine, from 1997.